Incumbents, Challengers, and Our Friends Who Too Want I&R 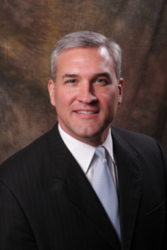 Paul Jacob – Citizens in Charge Foundation “The initiative process is the one vibrant and true check citizens have in our system of checks and balances. A defense against a political culture that has become divorced from the average citizen and where politicians no longer listen to their boss: the voters. I’m very excited about the movement Frank Dillman has started to bring initiative and referendum to Alabama.”

Hiram Johnson – Governor of California. “I most strongly urge, that the first step in our design to preserve and perpetuate popular government shall be the adoption of the Initiative, Referendum, and Recall.”

Lrs posted on ivn.us concerning an article where citizens controlling California gerrymandering “The recent changes in California redistricting by citizens committee are but one step towards minimizing undue influence by various groups. But it is an important step because it forces political leaders into listening to a greater percentage of their individual constituency.”

Christina Michas – “Best thing a state can do is put the power back in the hands of the people and away from the legislators! God Bless you on your mission!!!”

Justin Shanks of Baldwin County,  “I&R are primary concerns for me, both personally and professionally. I’ve done meager research on the state of I&R in Alabama, and come away with a pretty bleak assessment…certainly an uphill battle with Alabama politics and legislature being what it is…that said, I truly feel it’s one of (if not the most) important things we can support as citizens of our cities, counties, state, and ultimately country. It’s a nonpartisan, far reaching, forward looking issue, as well as one that benefits all Alabamians regardless of their station in life or political/social leanings. I have to believe we can come together as fellow citizens and make this happen with proper motivation, strategy, and execution. You mentioned speaking engagements…I certainly may be able to drum up enough interest…”

David Shockey of Huntsville was initially against I&R. However upon having his questions and concerns addressed at the Pachyderm Club in Huntsville, David posted “I am now a proponent of I&R bill…”

Scott Tillman – “Election laws that prevent elections [of initiatives and popular referenda] control of the electoral process — from the rules that govern who gets on the ballot to whether one should even be scheduled – must be closely watched. History shows that incumbents and their supporters simply can’t be trusted to not try to craft rules that protect them from electoral threats.”

Alabama Representative Phil Williams “I support I&R initiatives and believe that giving the people a voice in deciding issues is critically important for effective government.
I feel that the voice of the people will hold government officials accountable and limit their ability to “grow” government. ”

Scott Wilson – resident of California. “It has been a real power in California to stop the legislature from wasting our money and limiting our rights. Americans have the right and duty to protect ourselves against governmental abuses.  Patriots need the initiative process to protect America from the overreach of government!”

Jake Witmer – blogger and activist who has been in my corner from day one. “I greatly admire your leadership in this area….Eternal vigilance is the price of liberty, and all that. The more communication, the better, and you have done more for I & R in 2012 and 2013, than anyone else I’m aware of.”